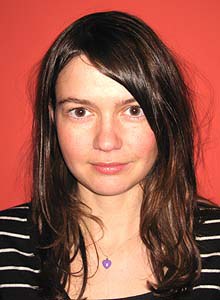 The new Formula One season promises to be unpredictable, thanks to a host of new regulations, says motorsport journalist Sarah Holt.

Major engine changes will have an impact on car designs which could mean that defending champion Sebastian Vettel and his Rad Bull team may not maintain their recent dominance when the campaign gets under way in Melbourne on March 16.

Holt, a regular on the F1 circuit in recent years for BBC Sport, Formula One Management and CNN, told ALN: “We don’t know which team will react the quickest and likewise which engine manufacture is going to be the most reliable, so there is a lot of unknown aspects ahead of the new season.”

Holt said that changes to the turbo engines to benefit more from the kinetic energy release system (KERS) will have a knock-on effect with the design of the car.

“The cars will look different to the expert eye certainly, and the packaging around the engine means the cooling ducts will be different,” she said.

Holt went on to say: “We don’t know which team will react the quickest and likewise which engine manufacture is going to be the most reliable, so there is a lot of unknown aspects ahead of the new season”.

Holt says it’s not just the teams who are feeling the pressure with the first pre-season test in Jerez, Spain, starting on January 28.

“A host of new young drivers are entering the sport; one being McLaren protégé Kevin Magnussen. What I do know is that when I spoke to Martin Whitmarsh (McLaren’s sporting director) in the summer, he told me that he could be the ‘next big thing’, ” she said.

Holt, who has worked on BBC’s BAFTA-winning Formula One coverage, also gave an insight into her experience of working in a male–dominated sport: “I didn’t find it difficult actually, I was talking to Suzi Perry – the BBC presenter – because she started in the sport last year (2013), and I think that in a way it’s a positive thing that more females are getting involved in Formula One.”

The new Formula One season gets underway in Melbourne, Australia on March 16.

London: Get your skis on! →

Stuart Roy Clarke and the Homes Of Football →

Clark Carlisle Calls For More Education In Fight Against Homophobia →